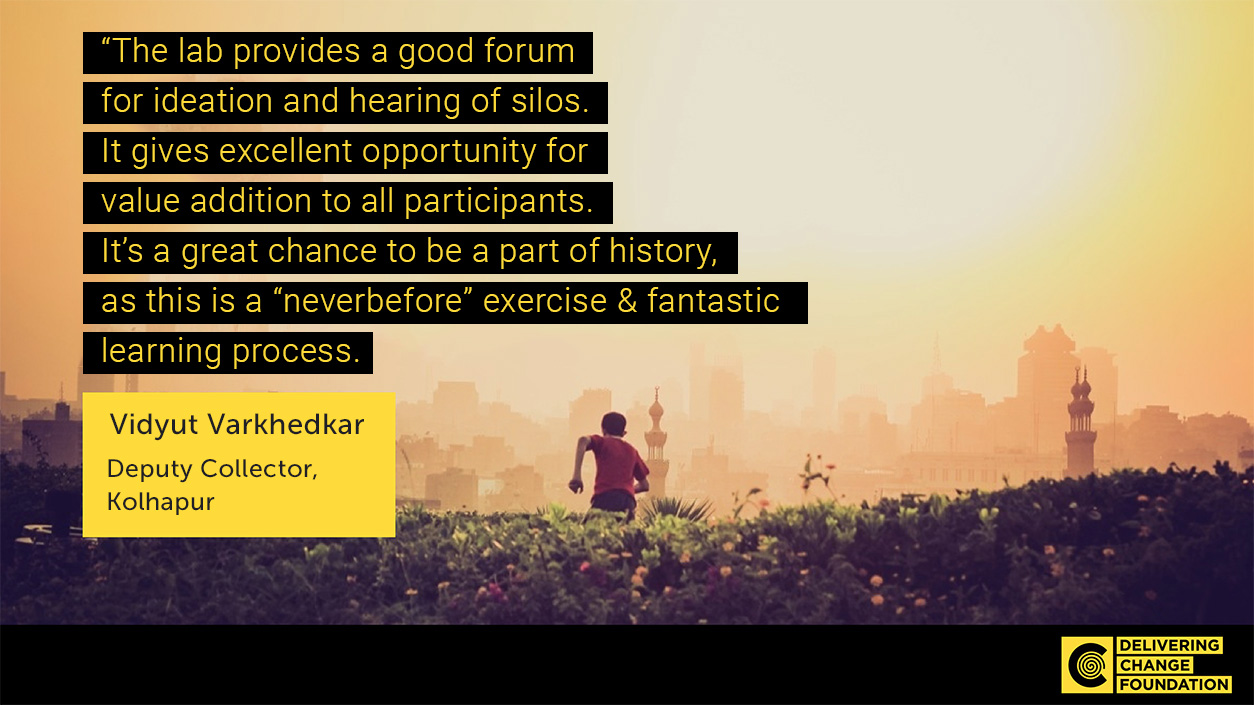 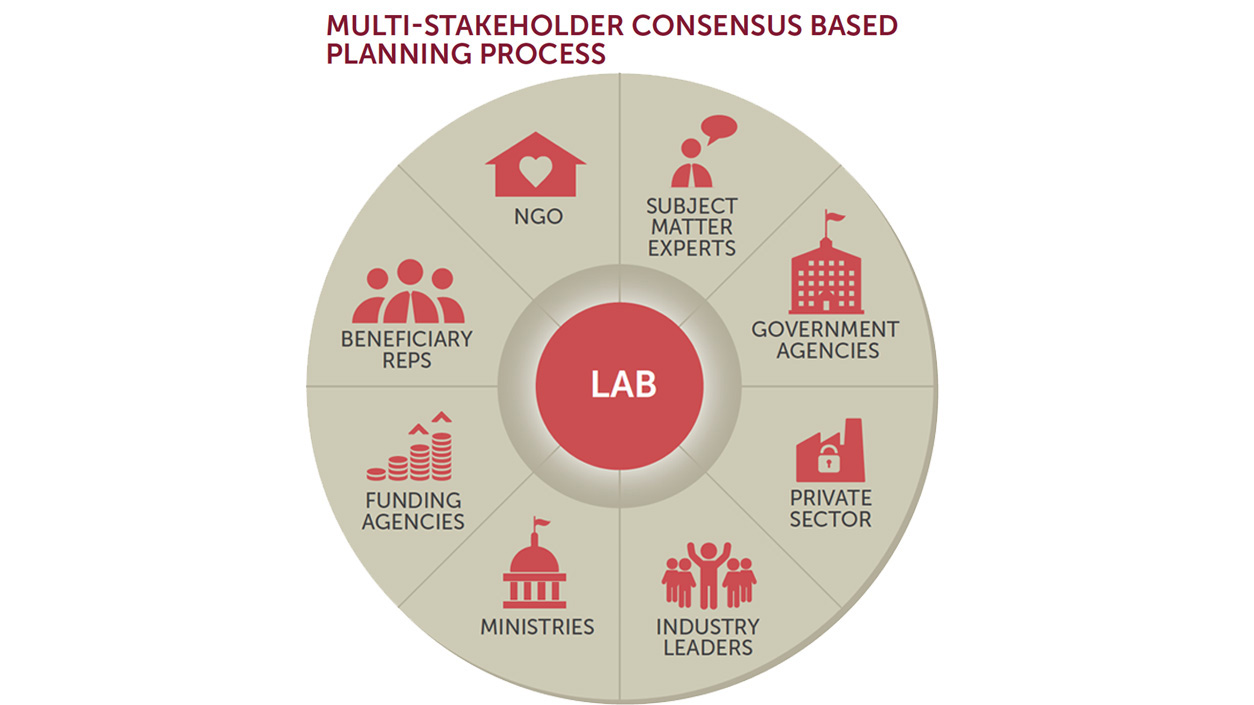 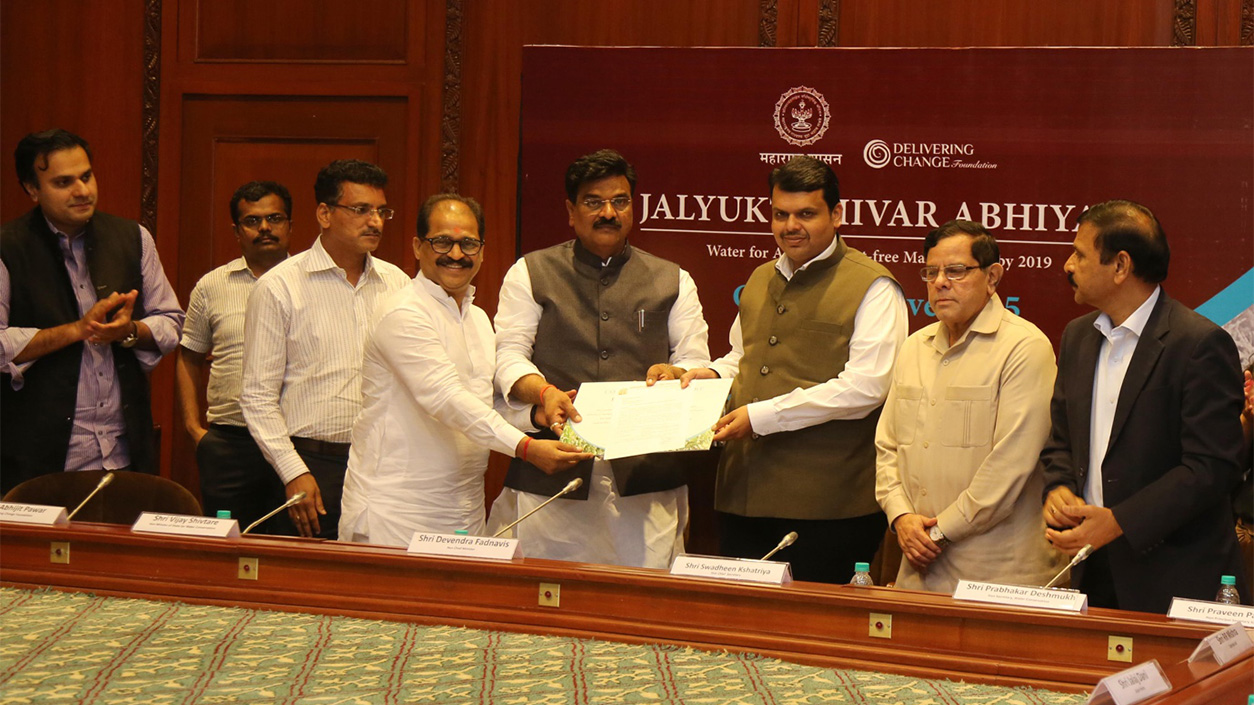 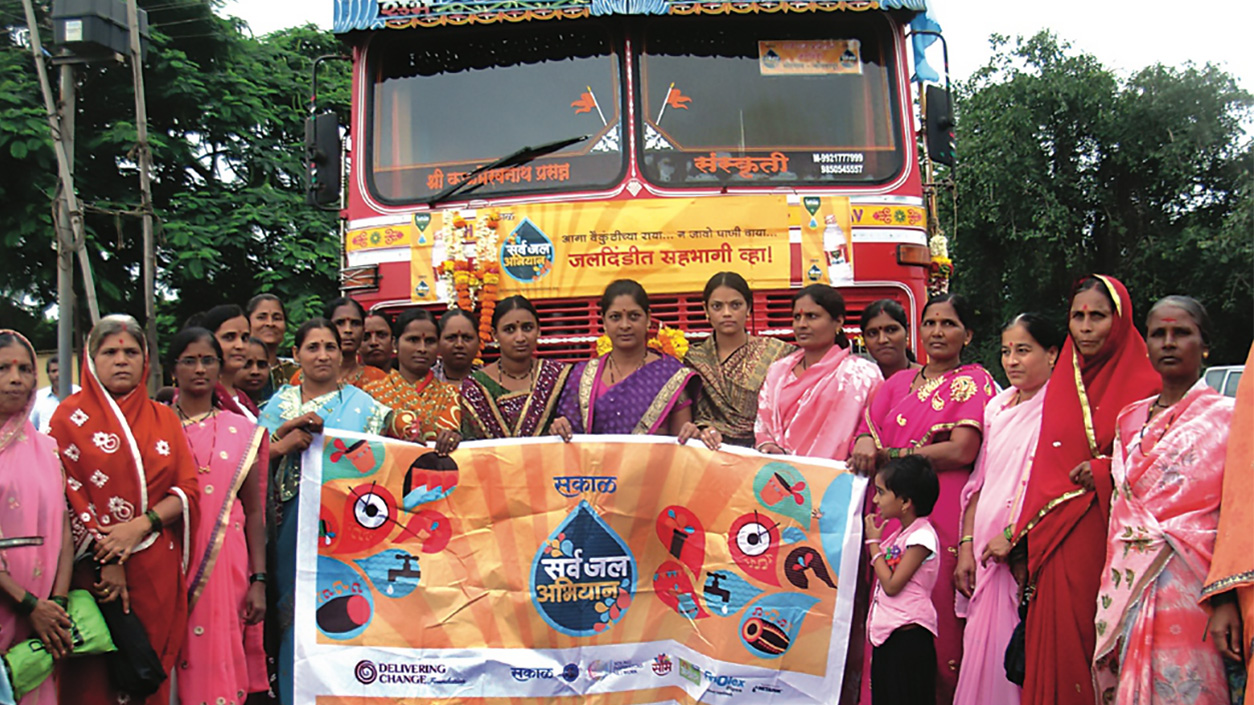 In 2014, Delivering Change Foundation (DCF) committed to identifying solutions to water issues in Maharashtra, following their extensive community engagement and data collection to determine the most pressing issues. In order to identify actionable solutions, DCF conveyed top-level stakeholders from local communities, private industry, and political office to gather broad consensus and support to lay out the road map for execution of initiatives. DCF continued its community dialogue throughout the process and engaged its Tanishka women’s empowerment group as well as the Sakal Media Group in organizing awareness-raising activities. 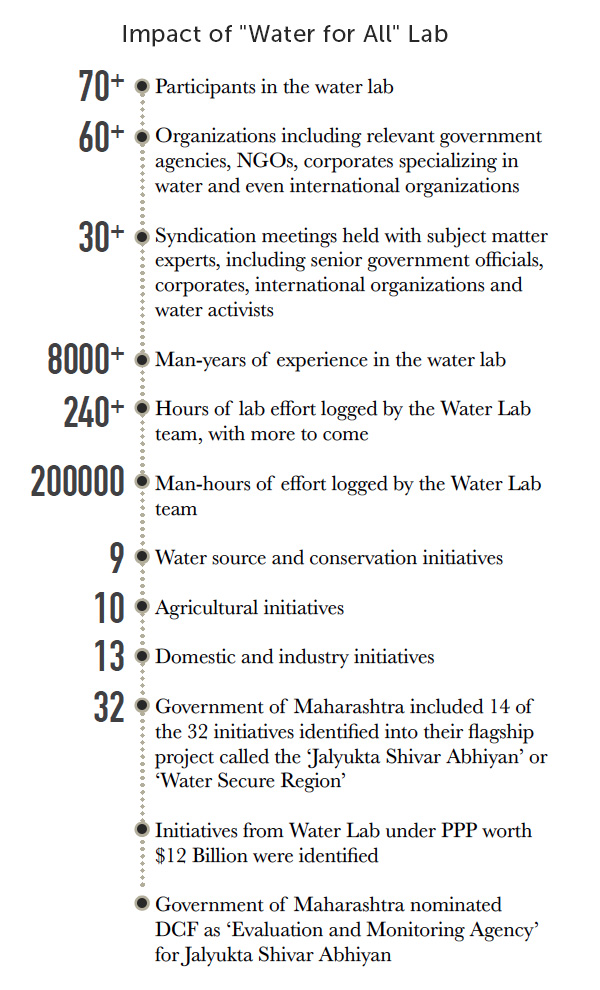 DCF is capable of effectively facilitating the execution of developmental projects for immediate and large scale impact, aligning multiple stakeholders behind a common cause and developing, supporting, and mobilizing local community networks for project execution.

Water for All was initiated to deliver positive change in Maharashtra, India’s second most populous state (112 million). Maharashtra’s gross state domestic product (GSDP) and foreign direct investment (FDI) inflows are the highest amongst all Indian states. As India’s economic growth has sputtered, Maharashtra has been unable to cater to its people’s socio-economic needs effectively. People have grown disillusioned, become unhappy, and witnessed an alarming decrease in quality of life. Access to clean water is one of the major challenges facing the state, and it is a result of:

The implementation of “Water for All” started when we launched a 45-day state level emotional connect campaign called ‘Apeksha Maharashtrachya’ (Expectations of Maharashtra) which solicited public opinions on issues affecting the landscape of the entire society in Maharashtra in Marathi and English dailies. The results of the public surveys were collated, analyzed and published in dailies after 15 days. The data collection was carried through call centers, SMS service, web pages, and social media. This enabled a broader outreach and hence garnered better results.

Inputs were received from 16 key sectors. Water became the first sector for our initiative. The chosen sector of water was thoroughly researched in both rural and urban areas, and available data which ranged from state to village/ULB level across the value chain of water, i.e. Source, Distribution, Treatment, Consumption and Post consumption treatment was systematically collected and analyzed. This analysis helped us to define the critical focus areas for the Water Sector and eventually the expertise of members who should be part of the lab.

The lab was a six-week transformative journey for more than 70 participants from Government of Maharashtra, Business, Academia, and NGO sector, where they learned, shared and jointly developed and presented actions plans for issues faced by water sector in Maharashtra. The generated output of the lab was 32 detailed implementable initiatives.

Since DCF targeted the entire state as its beneficiary, it was necessary that Maharashtra’s citizens understood the 32 initiatives and the need for them to contribute to their success. For this purpose, an Open Day was held on August 2018, 2014 in Mumbai, where the entire output of the lab was shared with citizens to gain a broader consensus.