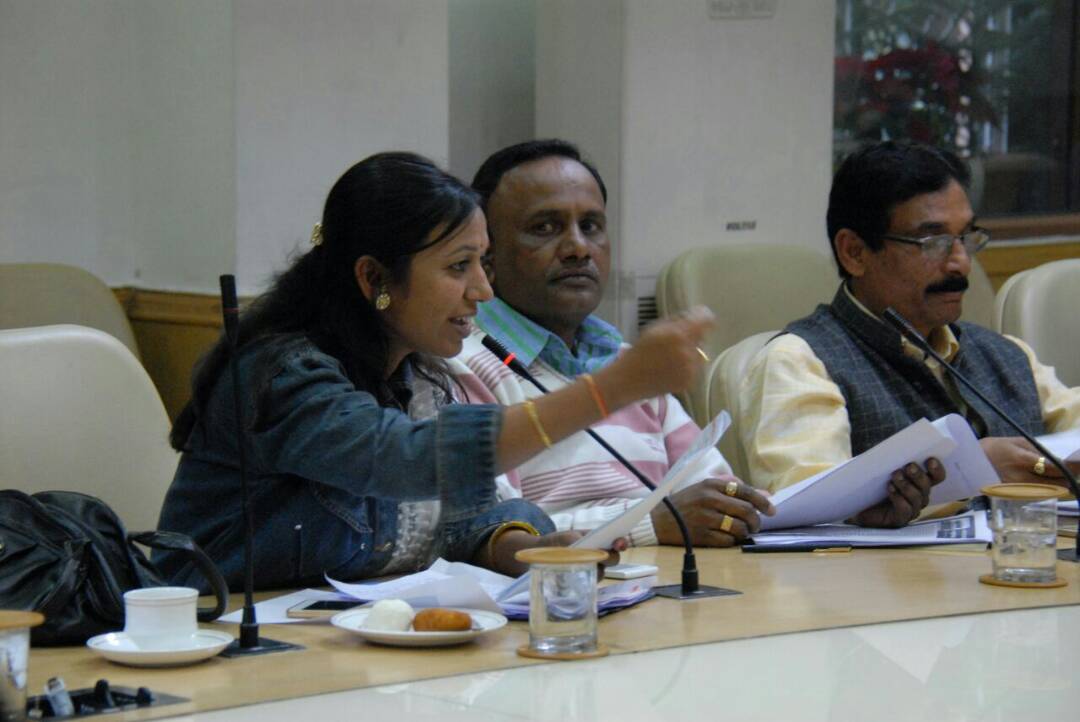 Four years ago, a young girl from the village Shitalwadi, Taluk Ramtek registered for Tanishka forum. She led various social initiatives, honed her innate leadership skills and ended up becoming a Sarpanch at the young age of 20! Not only that, she represented her village in a meeting organized by NEETI AYOG in Delhi, and her opinions were applauded. This girl who developed her leadership skills and represented Maharashtra is Yogita Gaikwad.

Three Sarpanchs were called for this meeting from Maharashtra. Out of those, Yogita was the youngest and also the sole representative of Vidarbha. She firmly raised various issues like an honorarium for Sarpanch, the election of Sarpanch directly from the masses. She also advocated that the government should utilize the existing NGO network to execute various schemes in rural areas. She also raised issues like a single engineer on the Panchayat level cannot possibly look after 40-50 villages and deployment of more human resources that could be made available on contract. These suggestions were well received, and Yogita was applauded in Delhi.

A food mess is going to start soon in Shitalwadi following Yogita’s initiative. This mess will generate employment for 25- 30 women. The mess will start operating from next month while the entire logistics would be taken care of by Tanishka group members. A business training workshop will be conducted too, which will help women start their small businesses.

Nagardhan regional water supply scheme that was supposed to be taking care of 14 villages had gone defunct. It would run a couple of months every year, only to stop working for the remaining year. Tanishka and Gram-Panchayat together put up a fight and got this scheme operational. An apex body was also formed for this. This body comprises the sub-divisional magistrate (Tehsildar) and Sarpanch of 14 villages. Yogita was the driving force behind this and is now the president of this body. After this scheme became operational, tax arrears of worth many lakhs were also collected.