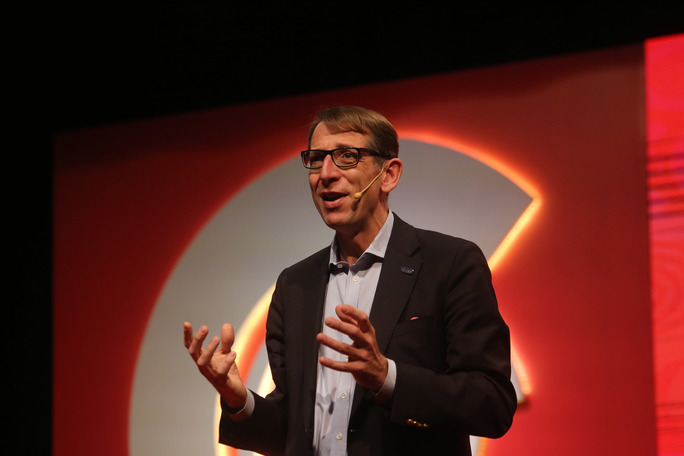 ‘DIFFICULT TO PREDICT THE FUTURE OF GLOBALISATION’
11:33 pm UTC

The current state of the world is quite gloomy. Whenever we open a newspaper, all we can read about are conflicts. In this state, it is rather difficult to predict the future of globalisation,” said Chairman of Horasis Dr Frank-Juergen Richter. He was speaking on the second day of Delivering Change Forum (DCF) 2017 about ‘can globalisation still deliver’.

Mentioning briefly about the history of globalisation, Dr Richter said that it has been a driving force of the economy for a long time, even though, it has seen a few ups and downs owing to the financial crisis.

However, this year, in particular, is quite difficult for globalisation to work well. “Under the new US president, America may no longer be the force of globalisation. Many leaders who are against this concept are also rising everywhere in the world. Hence, change is certainly going to come as far as global trade and exchange is concerned,” Dr Richter said.

He further spoke about three different scenarios that may be the future of globalisation considering the state of the world today.

“The first scenario that may arise is ‘deglobalisation’, which means a situation with continuing lesser trade, less exchange and less positive impact can no longer be denied. The next scenario that many across the world have already predicted is ‘reverse globalisation’ which means that new powers of East may take over the trade and exchange and the newly developed and developing countries may be the new forces of globalisation. This is certainly possible with countries like China and India in the picture,” he said.

The third scenario Dr Richter spoke of was ‘inclusive/sustainable globalisation’ which says that globalisation is very much here to stay and soon, everybody will be able to benefit from it instead of a few nations or sectors. Everybody will be the part of the game here.

“I believe India could be a potent force of globalisation in the coming years,” said Dr Richter adding that India wasn’t really a part of the game all these years except for a few large groups and IT industry, but the situation is changing now.

He said, “India will soon be at the forefront of the change with the likes of demonetisation and digitisation having instigated it and IT companies need to be avant-garde to bring about the change efficiently. Having a strong political leadership does help this but there is a greater need for all the other entities to come together and work towards this common goal of globalisation.”